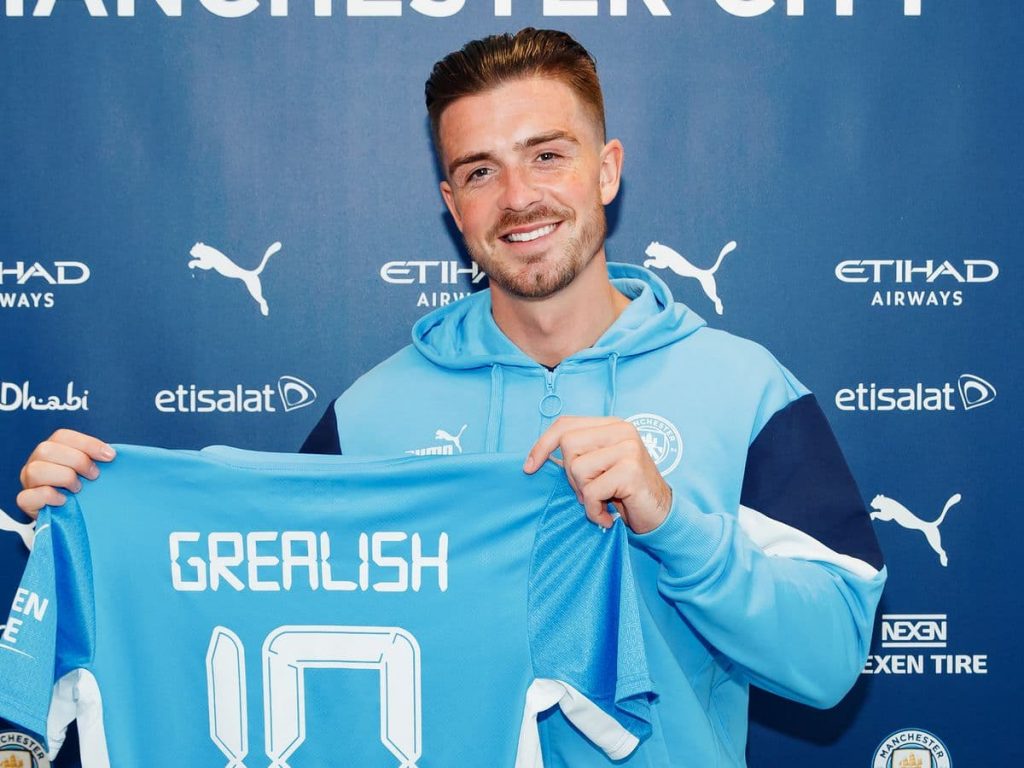 The Premier League attracts some of the biggest talents in world football, and acquiring these players doesn’t come cheap. We’re taking a look at the ten most expensive transfers in English football of all time.

Taking a look at Arrizabalaga’s trophy cabinet, you’d assume £ 72m was money well spent from Chelsea on a young, promising goalkeeper who later flourished to become one of the best in his position.

However, the truth is a bit more complicated than that. With four major trophies to his name at Chelsea including the Champions League, Europa League, Super Cup, and the FIFA Club World Cup, on paper the transfer looks a success.

Kepa’s most notable moment from his time in West London so far was the 2019 Carabao Cup final, when he refused to be substituted ahead of a penalty shootout against Liverpool with Willy Caballero stripped and ready to come on.

Chelsea ended up losing the shootout as a result, and his career was never the same afterwards. Kepa has since been replaced by Edouard Mendy between the sticks, and spends most of his days sitting on the bench for Thomas Tuchel.

Pepe’s time at Arsenal looks all but over following his big money move from Lille in 2019. The 29-year-old started just five Premier League games in the 2021/22 season, with Mikel Arteta preferring the likes of Emile Smith-Rowe, Gabriel Martinelli and Martin Odegaard in attack.

Pepe has been unable to replicate the superb form in France that got him a move to North London, where he scored 22 goals and tallied 11 assists in his final season in Ligue 1. It appears as though it’s time for a new challenge, but finding a suitor will be a challenge.

23-year-old Kai Havertz repaid every single penny of the £ 72m fee after scoring the winning goal in the Champions League final last season against Manchester City, and has quickly become one of the most promising young talents the Premier League has to offer.

Havertz’s start to his Chelsea career endured a few bumps in the road, but Thomas Tuchel has transformed the youngster into a dangerous false-nine center forward who has become one of the Blues’ most important assets.

With eight goals and three assists in 22 Premier League starts last season, the sky is the limit for Havertz but finding consistency to his game will be a difference maker for his budding legacy.

When Liverpool agreed a £ 75m fee for the transfer of Virgil van Dijk from Southampton, many football fans across the globe raised their eyebrows in scepticism. However, this has turned out to be one of the greatest moves the Premier League has ever seen.

As well as winning UEFA’s ‘Best Player in Europe’ award in 2019, the 30-year-old has engraved his name into the history books with one of the most impressive individual seasons in 2018/19.

Across domestic fixtures at Anfield since his arrival, Liverpool have kept 39 clean sheets and conceded an average of just 0.65 goals per game whilst surpassing Lee Sharpe’s record for most home games for a single club without losing in the Premier League.

Romelu Lukaku’s first season at Old Trafford was somewhat successful from an individual standpoint. Scoring 27 goals and adding nine assists, the Belgian looked like the Manchester United striker had been crying out for since Wayne Rooney’s departure.

However, after Jose Mourinho was sacked by the club in December 2018, Lukaku fell out of favor in Manchester with Ole Gunnar Solskjaer taking the reigns as boss. Solskjaer left Lukaku out of his first two matchday squads, preferring Marcus Rashford to start up front.

Lukaku was already beginning to decline prior to Mourinho’s dismissal, but Solskjaer’s appointment was the final nail in the coffin and he was sold that summer to Serie A outfit Inter Milan.

Jadon Sancho’s move to Manchester United was two years in the making, and Solskjaer finally got his man in the summer of 2021 after what seemed like an endless saga.

Sancho’s Premier League career to date can be perfectly described as a slow burner – took him a while to get going, but following the halfway mark the 22-year-old began to find his feet and flourish under Ralf Rangnick.

Whilst consistency is still a sizeable gap in Sancho’s skillset, there is no doubt that he can eventually become one of Europe’s elite at Old Trafford. The winger scored five goals and added three assists in his first season at the club, and looks ready to take the leap into stardom very soon.

Harry Maguire has undoubtedly been one of world football’s most scrutinised transfers since his record fee for a defender from Leicester City to Manchester United in 2019.

Maguire’s first season at the club was hit-and-miss – good performances were normally followed by average displays, but he was handed the captain’s armband quickly by Solskjaer and helped United to a third place finish after finishing the year on an almost flawless run post -lockdown.

The England international’s second season was progressive, and he looked to be consistently improving throughout while captaining his side to a second place Premier League finish.

However, after finishing sixth in 2021/22 with the Red Devils recording their lowest Premier League points tally in history, Maguire’s Old Trafford career looks in doubt. It is still yet to be seen if new boss Erik ten Hag will choose to stick with the 29-year-old at the back.

Paul Pogba finished his youth career with Manchester United, joining the club in 2009 and being touted as one of the brightest prospects the club had ever seen. Sir Alex Ferguson promoted Pogba to the first team in 2011, but left the club for Juventus after rejecting a new deal.

At the time in 2016, Pogba joined United for a world record fee. The Frenchman was Jose Mourinho’s first marquee signing, and won the EFL Cup and Europa League in his first season back at the club.

The 29-year-old was consistently plagued by injuries and off-the-field controversies which arguably halted his Old Trafford career and as a result, couldn’t live up to the sky high potential expected by football fans across the globe.

A decade after originally joining Chelsea, Romelu Lukaku returned to Stamford Bridge in 2021 – becoming the most expensive transfer of all time with cumulative fees tallying £ 285m.

However, trouble began to appear before Christmas during his second stint at the West London side after publicly criticizing manager Thomas Tuchel and his system. Lukaku was convicted for his comments, and was subsequently dropped for two games and his relationship with Tuchel was never the same.

The 29-year-old scored just eight Premier League goals in 26 appearances across the 2021/22 season, and is poised to make the switch back to Inter Milan this summer and attempt to once again revive his career.

Last summer, Pep Guardiola’s Manchester City signed Jack Grealish to a six-year contract which became the most expensive transfer in English football of all time.

Despite not playing as frequently due to Guardiola’s aggressive rotations, Grealish was not able to make the instant impact that many had expected but when called upon the 26-year-old delivered.

A Premier League winner in his first season with the club, Grealish fulfilled his dream to win trophies which led him to forcing a move out of boyhood club Aston Villa in dramatic fashion.

We most definitely haven’t seen the best of Grealish in a sky blue shirt so far, but with the departure of Ilkay Gundogan this summer, we can expect the England international to fully make his mark on the Manchester side next season.